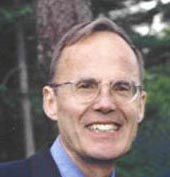 Frank Caro was the founder and force behind BrooklineCAN.

In 2010, Frank worked to establish the Brookline Community Aging Network (BrooklineCAN). He served as the BrooklineCAN Co-Chair with Ruthann Dobek until his death. Frank was instrumental in making Brookline the first age‑friendly City in New England. He also served as a Town Meeting Member in Brookline Precincts 8 and 10 for 16 years, and as a Town Advisory Committee Member for 7 years. Through his many projects and passions, Frank improved Brookline for everyone, with his most recent accomplishment being the placement of benches along Beacon Street and the establishment of the Pedestrian Advisory Committee. Frank had a life-long passion for gardening and served as the President of the Board of Directors of the Friends of Hall's Pond Sanctuary, where he developed and ran a seasonal bi-weekly volunteer maintenance crew to take care of the gardens. In retirement, Frank took up pottery and became an active member of Feet of Clay Pottery.

From 1974 to 1988, Frank served as the Research Director at the Community Service Society of New York. In 1988 Frank became the Director of the Gerontology Institute at University of Massachusetts/Boston, where he had also served for a time as the Chairman of the Gerontology Department. For many years, Frank edited the Journal of Aging and Social Policy and until his death he reviewed academic articles for The Gerontologist.

"Get involved in community affairs. Help to call attention to the good things your community has to offer. Advocate for feasible improvements. Work with like‑minded people to multiply what you can accomplish."

Frank Caro, as remembered by friends, relatives, colleagues, and family.

This was created by Frank's wife, Carol, and his sons, Paul and David.

Participants (in order of appearance):

Disclaimer: Inclusion of services through this program does not represent a recommendation or guarantee of work performance from the Brookline Council on Aging, the Brookline Senior Center, or the Brookline Community Aging Network. The user of this program therefore agrees to release the above named from any and all liability. The user should make whatever investigation or other resources that they deem necessary or appropriate before hiring or engaging Service Providers.